Concerned that nearly a third of India’s adult population does not vote, the Election Commission of India has invited political parties for a demonstration of a new kind of Electronic Voting Machine (EVM) that can help migrant workers within the country to vote remotely in their home constituency, thus saving them the hassle of traveling for it.

The EC note lists several legal and technical moves that need to be taken before the remote voting idea can be realised.

At the heart of it all is a Multi-Constituency Remote Electronic Voting Machine (RVM), which can be programmed to accept votes for up to 72 constituencies, switching as per the person who’s voting.

“Voter turnout in General Elections 2019 was 67.4% and the Election Commission of India is concerned about the issue of over 30 crore electors not exercising their franchise,” the poll body said in a press note about the move today.

“It is understood that there are multifarious reasons for a voter not opting to register in a new place of residence, thus missing out on exercising the right to vote. Inability to vote due to internal migration (domestic migrants) is one of the prominent reasons,” it added.

It noted a limitation in getting the exact numbers: There is no central database available for migration within the country. 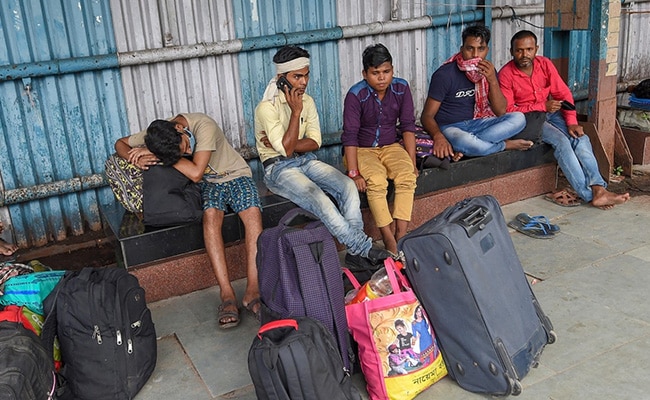 Migrant workers choose not to register as voters at temporary places of residence due to social and other reasons.

But it went by “analysis of available data in public domain” to conclude that reasons related to work, marriage and education drive the migration within India. “Out-migration is predominant among the rural population in overall domestic migration. Approximately 85% of the internal migration is within the states,” it added.

“After focus on youth and urban apathy, remote voting will be a transformational initiative for strengthening participation in electoral democracy,” Chief Election Commissioner Rajiv Kumar has said.

The machine demo is on January 16, when the poll body’s Technical Expert Committee will also be present.

Further, the commission has sought written views of all recognised political parties by January 31 on related issues such as changes required in laws, administrative procedures and voting methods or technology.

“Based on the feedback received from various stakeholders and demonstration of the prototype, the Commission will appropriately carry forward the process of implementing remote voting method,” it said.

8 Killed, 5 Injured In Shooting At Busy Nightclub In Mexico: Cops

54 mins ago Get Infomation

This Tawa Lehsun-Mirchi Chutney Goes Perfectly With Rice, Roti And More – Recipe Inside