Kartik Aaryan is the city of love. Oh, yes, Paris it is. The actor has shared the update on Instagram along with a dreamy picture of himself. Bonus: The ionic Eiffel tower. The sun-kissed picture of the actor has spread like wildfire on social media. Fans just can’t keep calm. They have flooded the comments section with red hearts and fire emojis. Along with the photo, Kartik wrote, “Paris, Je t’aime [Paris, I love you.]” A user, referring to his upcoming film, said, “Shehzada is ruling.”

Before this, Kartik Aaryan shared a “bye Mumbai” post on Instagram Stories along with a picture clicked at the airport lounge. 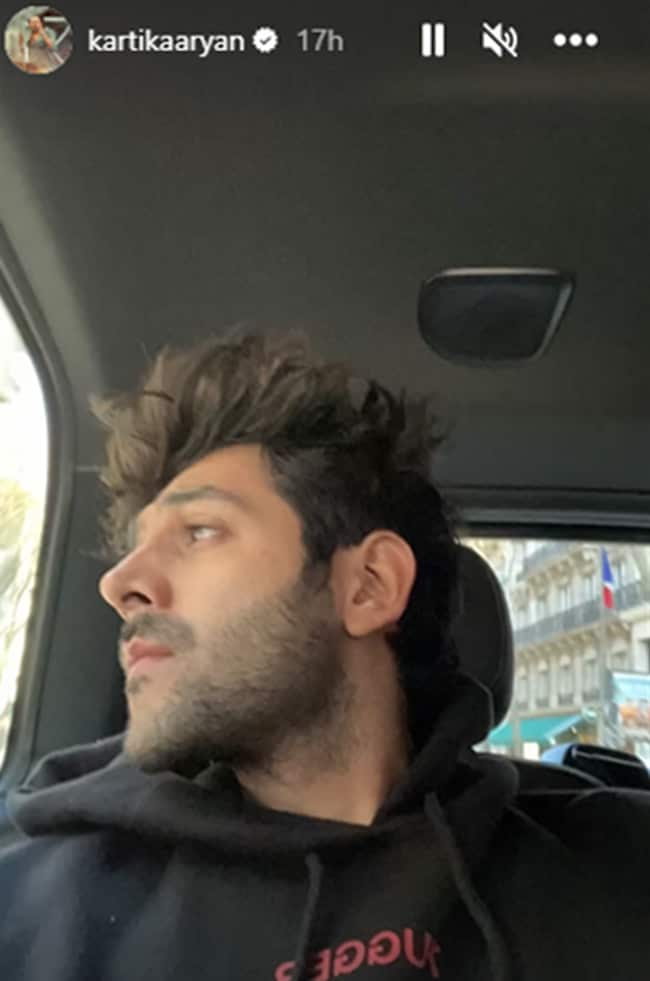 Now, look at how Kartik Aaryan celebrated Christmas this year. Oh, and, he was joined by his Shehzada co-star Kriti Sanon. Here, the two are smiling ear-to-ear as they pose for a selfie. Don’t miss the cute reindeer hairbands. The side note read, “One with the Reindeer.”

In the middle of this, Kartik Aaryan didn’t miss to share a special birthday post for his Shehzada director Rohit Dhawan. Sharing a picture, he wrote, “Happy Birthday to my big bro. Wishing us a ‘Larger Than Life’ 2023. Love you lots, Rohit Dhawan.”

Shehzada also features Manisha Koirala, Paresh Rawal, Ronit Roy, and Sachin Khedekar. The film is a Hindi remake of Allu Arjun’s Ala Vaikunthapurramuloo. It is jointly bankrolled by Bhushan Kumar, Allu Aravind S Radha Krishna and Aman Gill. It will be released on February 10. Before this, Kartik Aaryan and Kriti Sanon have shared the screen space in Luka Chuppi.

Kartik Aaryan was last seen in Freddy alongside Alaya F. The film was released on DisneyPlus Hotstar. Kartik also has Aashiqui 3, directed by Anurag Basu.

11 hours ago Get Infomation

Ahead Of Sidharth Malhotra-Kiara Advani’s Wedding, A Look At Their Relationship Timeline

16 hours ago Get Infomation

21 mins ago Get Infomation

44 mins ago Get Infomation