Like always, the Kapoor family celebrated Christmas together on Sunday, and now they have flooded our Insta feed with adorable pictures. This year, Kareena Kapoor-Saif Ali Khan, Aadar Jain-Tara Sutaria and Armaan Jain-Anissa Malhotra gave the party a miss. However, we saw a new member attending the party, and it’s Agastya Nanda’s The Archies co-star, Suhana Khan. She accompanied Shweta Bachchan, Navya and Agastya. New parents Ranbir Kapoor and Alia Bhatt were the highlights of the party, as a month ago, they welcomed their daughter Raha. The couple looked bright like always. Earlier, we informed you who all arrived at the annual Christmas lunch. Now, we are here with some inside pictures from the celebrations.

Alia Bhatt shared a group picture on her Instagram handle and captioned it as “The jamest fam,” followed by a heart emoticon. Check out the photo below: 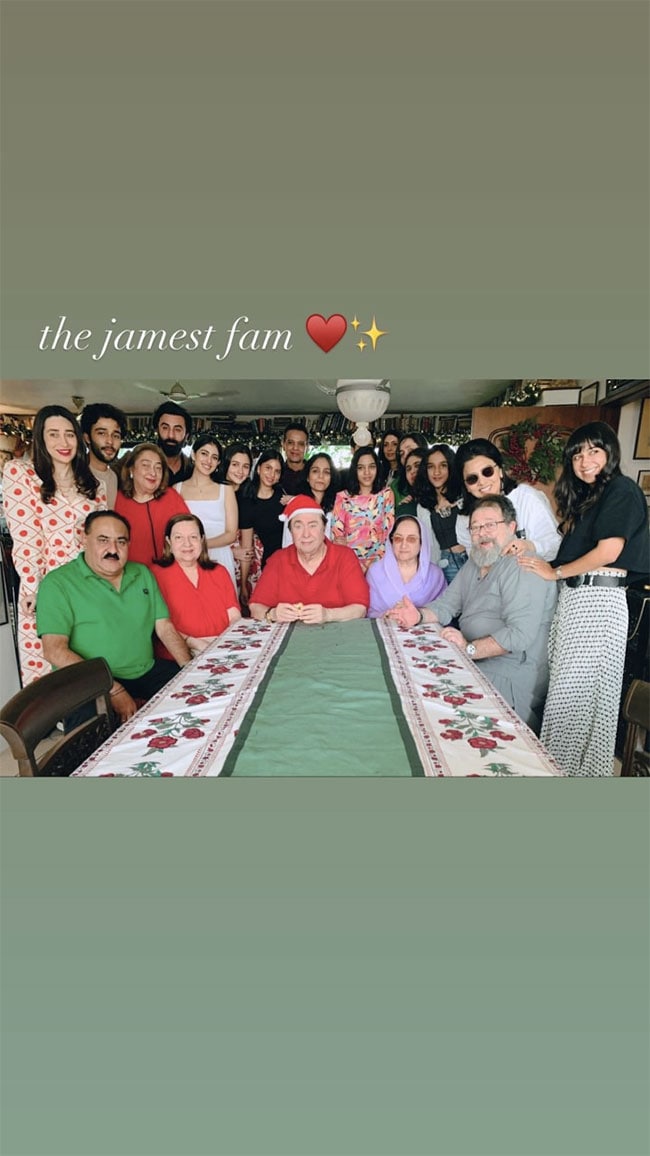 In her Christmas album, Alia shared a picture posing with Ranbir, Randhir Kapoor, Babita, Neetu Kapoor, Rima Jain and Karisma. She captioned the post as “it’s the best time of year .. with the best people in the world. Merry merry always from my family to yours.”

Karisma Kapoor, who arrived with her kids Samaira and Kiaan, also shared pictures on her Instagram handle. In the images, she looks beautiful in a white and orange ensemble. Her Christmas album included a picture with her parents, Randhir Kapoor and Babita, aunts Neetu and Rima Jain and cousins Ranbir-Alia. Her next photo is with uncle Kunal Kapoor, followed by a picture with cousins Zahan and Shaira. Last but not least is a video of the cake. Sharing the post, she wrote, “Family Matters #christmastraditions #familylove.”

Karisma Kapoor also shared many pictures on her Instagram handle. She shared a photo in which uncle Kunal and cousin Zahan are preparing for lunch. In the caption, she wrote, “Master chefs at work. Yum Yum.” The next photo is of her with her father Randhir Kapoor and captioned it as “Papa.” 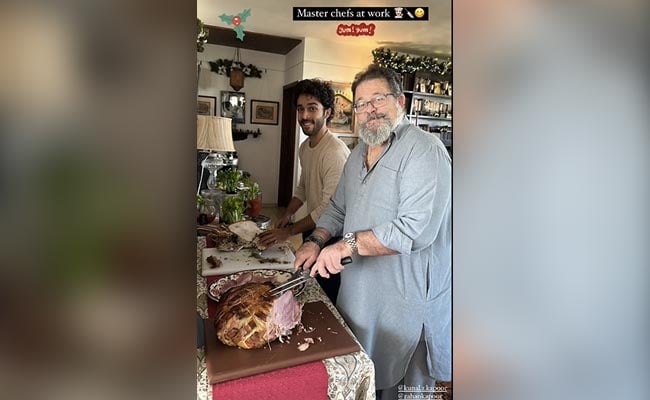 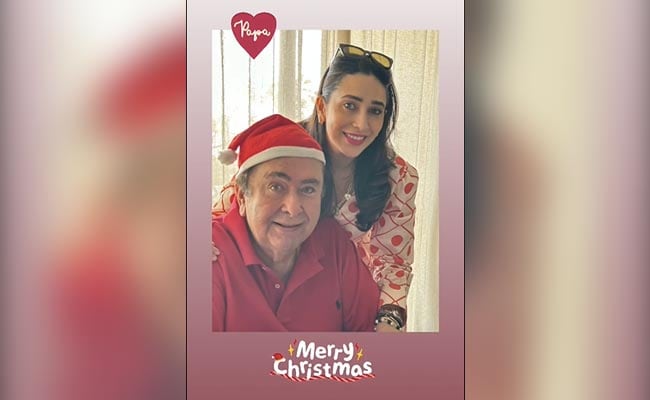 3 hours ago Get Infomation

19 mins ago Get Infomation

This Tawa Lehsun-Mirchi Chutney Goes Perfectly With Rice, Roti And More – Recipe Inside