Kareena Kapoor, who is holidaying in Gstaad, Switzerland with husband Saif Ali Khan and sons Tamur and Jeh, has actively been sharing pictures from her getaway. Kareena posted a picture of Saif Ali Khan, who can be seen digging into a pan of Fondue. She captioned the picture: “Fondue uff.” Earlier in her Instagram stories, Kareena Kapoor revealed that she is holidaying in Switzerland after 3 years. On Tuesday evening, sharing a mirror selfie with son Taimur, Kareena Kapoor wrote in her Instagram story, “I’m here for the look.” Take a look: 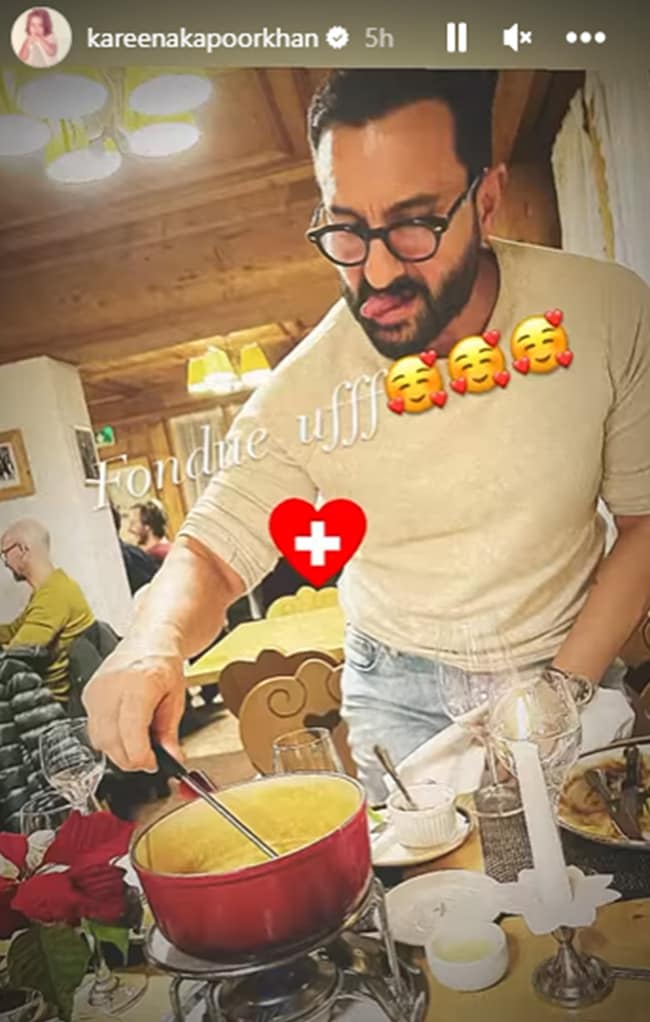 This is what Kareena posted last night: 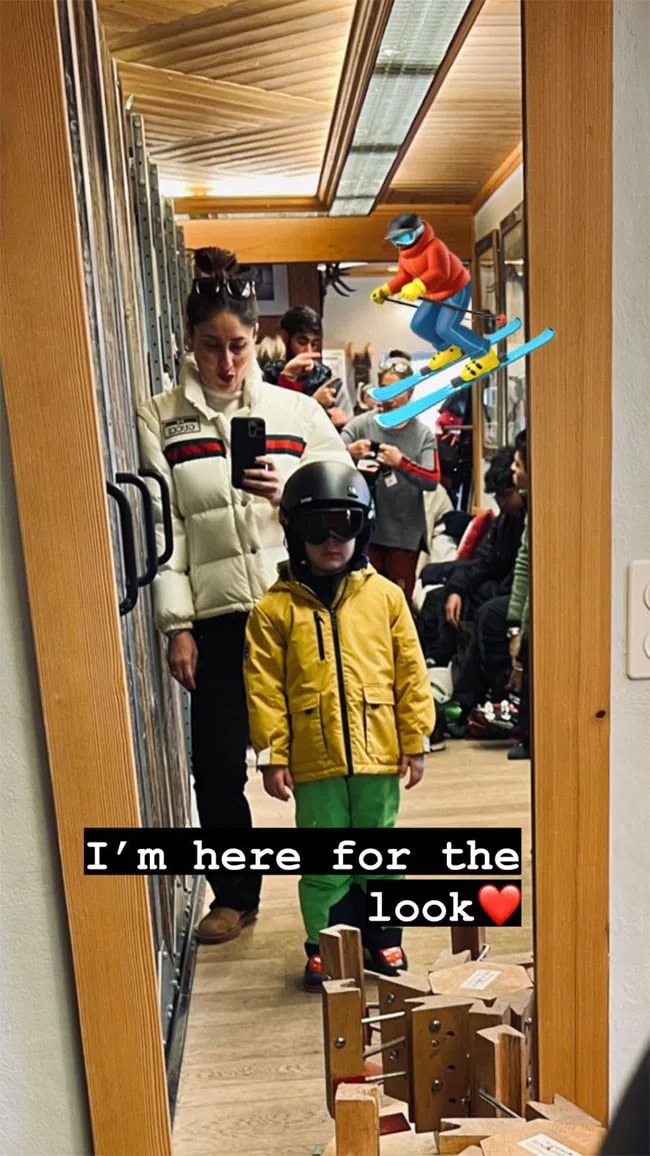 On Tuesday, Kareena Kapoor shared a video of the family’s Christmas festivities this year and she wrote: “Christmas 2022 #Reels #Love.”

Before that, the actress shared another Christmas post. She captioned it: “The best way to Christmas… is with my love playing the guitar… And having my babies and best friends around. Love, light, and music to all… Merry Christmas everyone.”

Kareena Kapoor and Saif Ali Khan got married in 2012 and they are parents to two sons – Taimur, 5 and Jeh, who they welcomed in February last year. They have co-starred in films like Tashan, Omkara, Kurbaan and Agent Vinod.

On the work front, Kareena Kapoor was last seen in Aamir Khan’s Laal Singh Chaddha. She will next be seen in The Devotion of Suspect X, co-starring Vijay Varma and Jaideep Ahlawat. The actress has also signed a project with Rhea Kapoor titled The Crew, in which she will co-star with Tabu and Kriti Sanon. The actress will also be seen Hansal Mehta’s untitled project.

Saif Ali Khan was last seen on Vikram Vedha with Hrithik Roshan. The actor’s next project is Om Raut’s Adipurush with Prabhas and Kriti Sanon. The film will release next year.

38 mins ago Get Infomation

33 mins ago Get Infomation

38 mins ago Get Infomation

39 mins ago Get Infomation

50 mins ago Get Infomation

52 mins ago Get Infomation